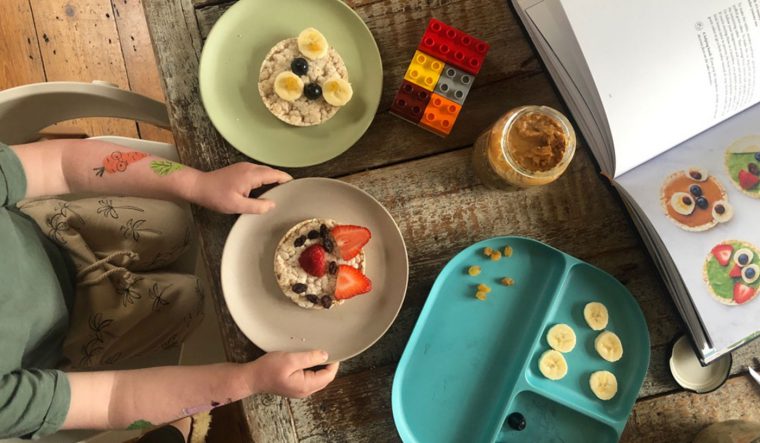 Before I became a mum, I was probably quite sanctimonious about feeding kids. I envisaged my own children sipping green smoothies every morning and thought that if you exposed kids to a food often enough, they would eat it.

Not true. Little ones have likes and dislikes as much as adults do, and with their super-sensitive palates, those preferences are just amplified. And that’s before you even think about texture. Texture, for kids, seems to me to be key. Some, my son included, like things raw and crunchy, others like everything liquidised. Just like adults, it’s all totally down to the individual you are cooking for. 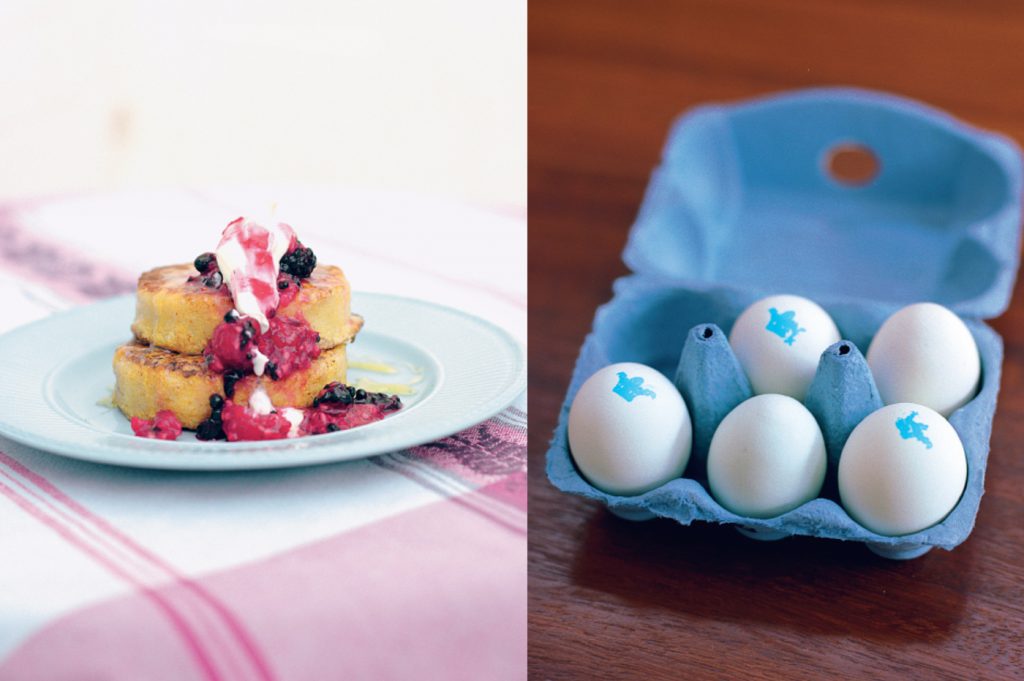 Breakfast is undoubtedly the meal I think about most, what I eat first thing is my way of setting my intention or the day, a moment of relative calm before the rest of the day unfolds.

Here are some of my favourite breakfast recipes to see you through the spring and summer, with a few snacks thrown in for good measure. Perfect for little hands.

You will need one egg for every two crumpets.

Beat an egg in a shallow bowl. Dip two crumpets in and fry in a tiny bit of butter.

Sweet
Serve with some honey, mashed up berries and a dollop of yoghurt or creme fraiche.

Savoury
Cook some spinach or mushrooms in a knob of butter until wilted and soft. Serve on top of your crumpets with a grating of cheddar cheese. 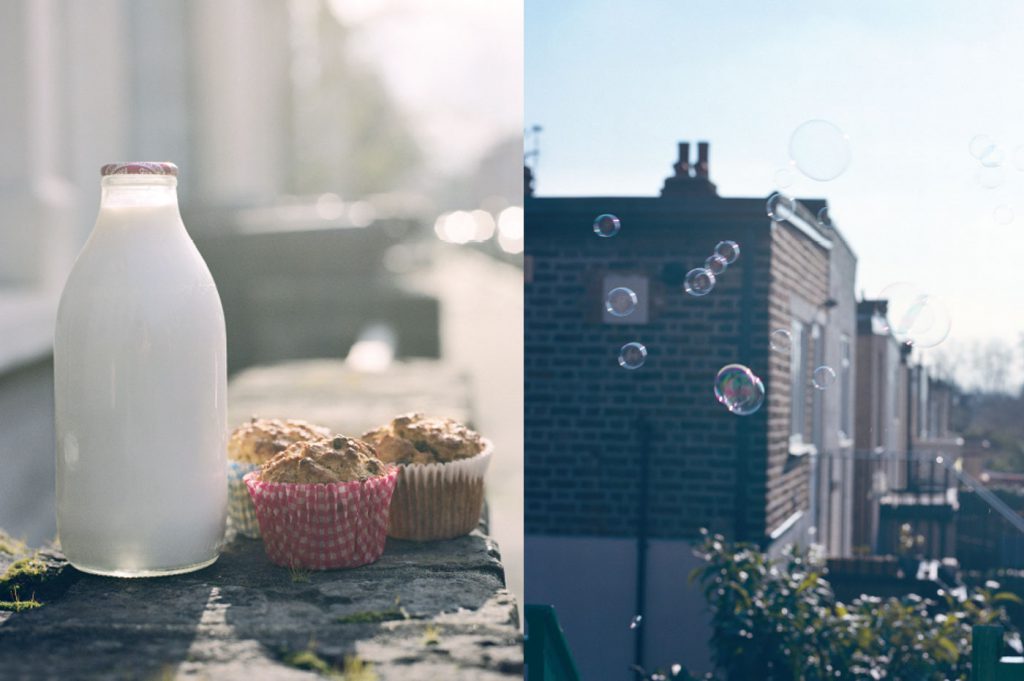 Preheat your oven to 180C and put 12 muffin cases in a muffin tray.

Melt the butter and honey in a saucepan and remove from the heat. Peel the bananas and mash them in a big bowl. Add the milk and whisk together.

Put the bran flakes in a bag and give them a big bash with the rolling pin. Add to the banana mixture, along with the flour, oats and raisins, and finally stir in the honey mixture.

Mix it all together, but not too much. That’s the trick to perfect muffins. Divide the mix equally between the cases, and pop in the oven for 25-30 mins until golden brown.

The muffins will keep up to a week, in an airtight container. 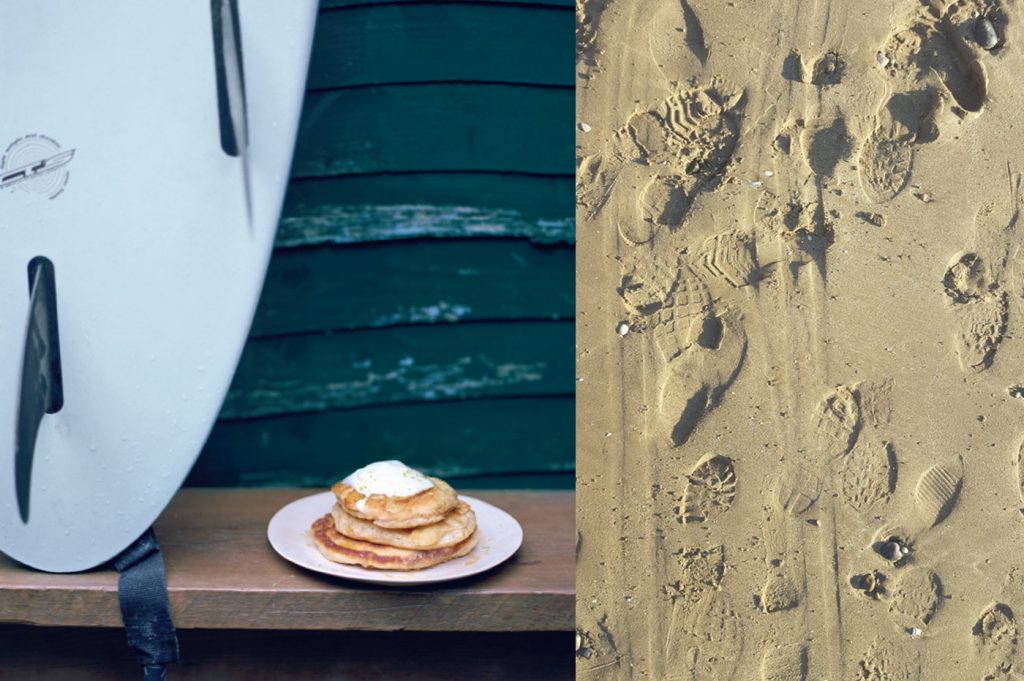 Preheat your oven to 120C so you can keep your pancakes warm.

Separate the eggs, putting the yolks in one bowl and the whites in another. Add the flour, oats, baking powder and salt to the yolks, then pour in the milk and mix well to remove any lumps.

Now whisk the egg whites until the form firm peaks and gently fold them into the batter. Don’t over mix or you’ll get flat pancakes.

Melt some butter in a medium non-stick frying pan, over a medium heat. Add a couple of ladles of batter. Allow to settle for a minute, then lay a couple of slices of banana across the pancakes and cook until bubbles start to rise.

Once the bottom of the pancake is golden, flip it over and cook until the other side is done too. Cover it with foil and pop it in the oven to keep warm while you get on with the rest.

Serve the pancakes drizzled with honey or maple syrup and a squeeze of fresh lime juice. You could also use fresh mango, blueberries, raspberries or tinned peaches. 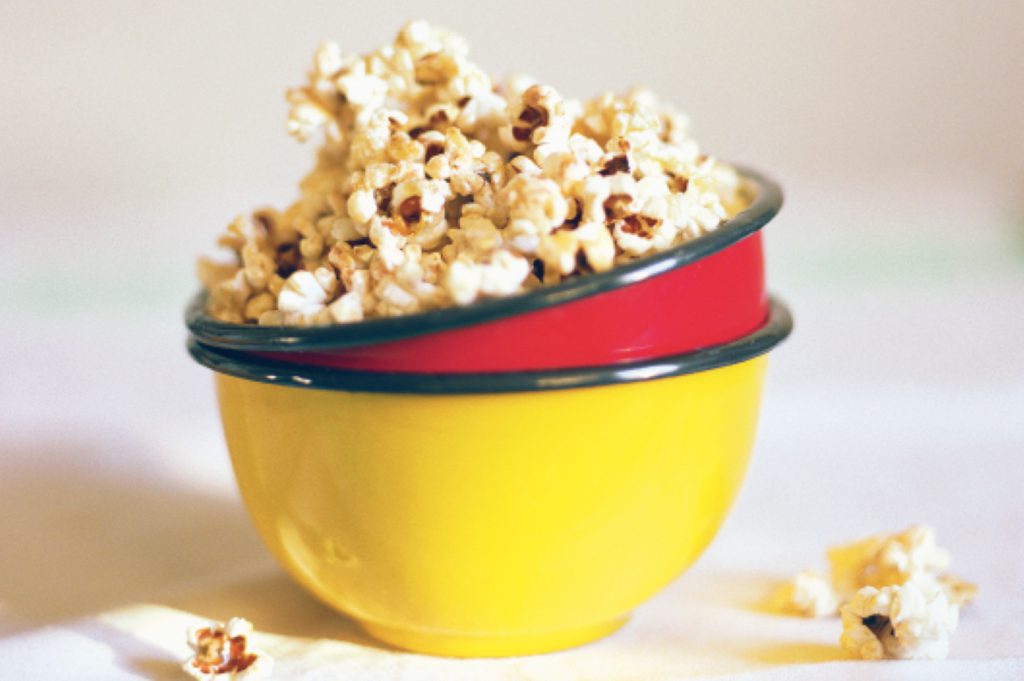 My favourite way to eat popcorn. Worth noting that, much like lots of small fruits, it can be a choking hazard for small children.

Find a big pan with a lid. Add a spash of oil and the corn.

Put the pan on a very low heat and make sure you put the lid on. At first you won’t hear anything, but it will start popping. Keep the pan on the heat until the popping stops.

In another pan, heat the honey and cinnamon over a low heat for a couple of minutes.

Put the popcorn on a large baking tray and pour over the honey mixture. Give the tray a good shake and make sure everything is well coated. Pop the tray back into the oven for 3-5 minutes to set the honey, then remove and allow to cool. 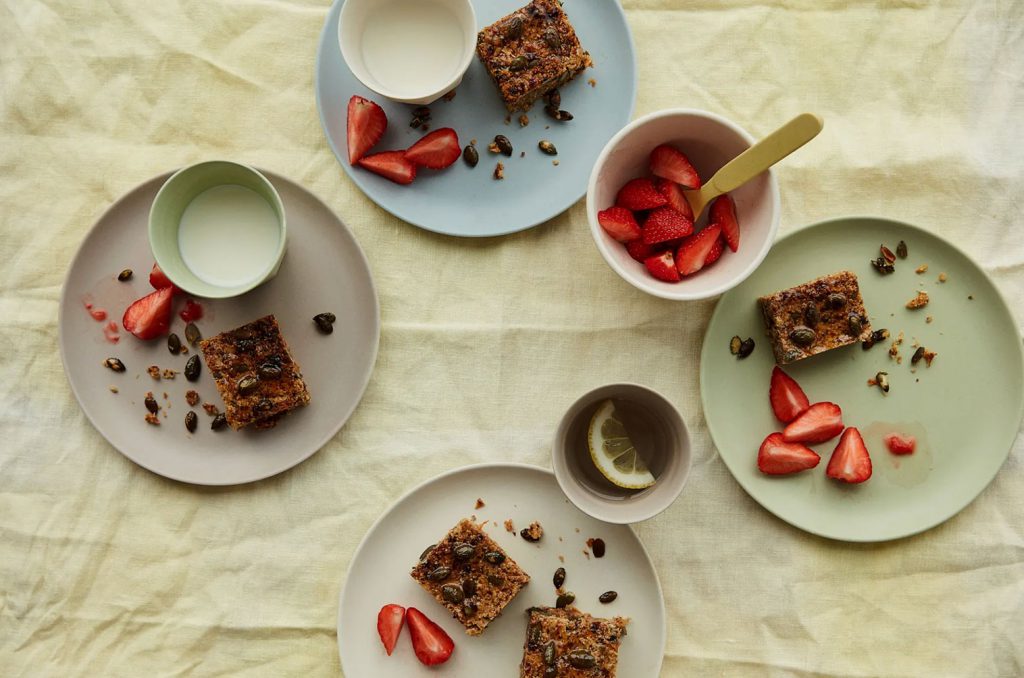 These little squares are sweetened with dried fruit and maple syrup, and, as sweet things go, are pretty healthy. Recipe here.

Images: Claire Shilland for Innocent: Hungry? and Matt Russell for The Guardian.

Love your blog and would like to be signed up but cannot find the spot. Please add me to your lovely list. And thank you so very much from a happy fan from London, Ontario, Canada. Cheers.

Oh Anna, I need this! I’ve often wondered what you feed your little one. I worry so much about my 18 month olds eating it would be great to get some tips & ideas!

Many thanks Anna for the inspiration… I will definitely try some of the recipies for my little son.