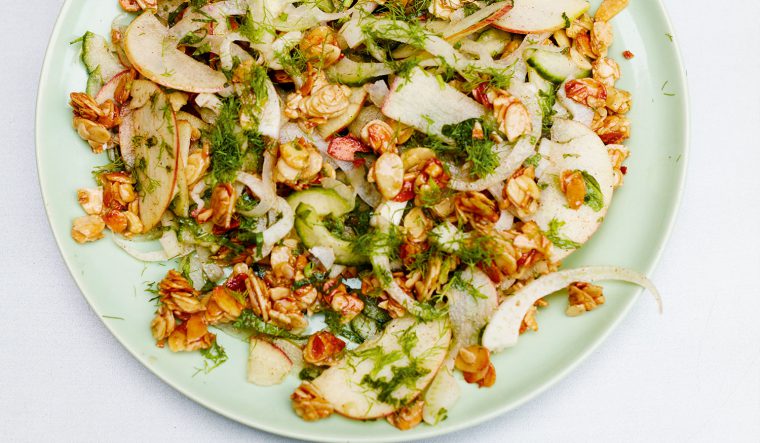 I was beyond thrilled last month to hear that  The Modern Cook’s Year had won the Cookery Book of the Year award from the Guild of Food Writers. Awards are funny things, while they are lovely to win (especially this one as its voted for by my peers in the industry) I know what it’s like to be nominated and not win too. And in such a creatively driven industry it does create competition which can drive us forward, but can also be hard to strike a balance between creativity and competition. If you haven’t read this letter from Nick Cave to MTV on his award nomination then you should. He is my hero.

So in the spirit of celebrating creativity and the fact that there is enough space out there for everyone I wanted to share work of three women whose work I greatly admire, and who were also recognised at the awards.

Firstly, Iska Lupton and Anastasia Miari, who won the category for best blog. They are using food, film and photographs to tell the stories of our grandmothers and the impact their cooking and their characters have had on our lives. They carefully capture cooking techniques and recipes from women the world over.

They’re currently crowd-funding for a book on the brilliant platform Unbound, which says: ‘Grand Dishes is not a book about being old, it’s a book about what it’s like to have lived. It’s a cookbook that preserves; an interaction between generations, a sharing of stories most powerfully told through the recipes that have seasoned these grandmothers’ lives.’

They’re currently crowd-funding for a book on the brilliant platform Unbound – have a read of what they’re all about here.

Another winner on the night, for best food column, was my friend Meera Sodha. She’s known for championing modern Indian food both in her Guardian column and her brilliant books. Her flavours are always fresh and vibrant, and my favourite of her recipes are those that are easy enough for any weeknight.  The recipe below is taken from Fresh India – I heartily recommend it.

This crisp and clean bunch of ingredients, mixed with some warming sweet spices, works together as tightly as the rhythm section of James Brown’s funk band.

Serves 4 as a side

Grab a pestle and mortar, and bash the fennel seeds until they’re coarsely ground. Next, put a couple of tablespoons of oil into a frying pan over a medium heat. When hot, add the almonds, stir- fry for a couple of minutes until they turn pale gold, then add the ground fennel seeds, ginger, honey and 1⁄3 teaspoon of salt. Stir-fry for another minute until caramelized. Carefully tip on to a plate and leave to cool.

To make the salad, fill a big bowl with cold water. Cut the lemon in half, squeeze the juice into the water, then chuck in the lemon halves, to stop the fennel and apple discolouring. Very finely slice (or shave on a mandolin) the fennel and put it into the lemony water. Slice the apples thinly and add them to the bowl. Cut the cucumber in half lengthways, scoop out the seeds with a teaspoon, then slice it thinly and keep to one side.

Drain the fennel and apple really well, discard the lemon halves, and put the mixture into a serving bowl along with the cucumber and mint. To make the dressing, mix together 3 tablespoons of oil with the 2 tablespoons of lemon juice, garam masala and 1⁄2 teaspoon of salt.

Crumble the caramelized almonds into the salad and pour over the dressing just before serving. Toss together using your hands or a pair of tongs, then serve.

Hi Anna, I just bought your book over here in Belgium (in Dutch). I’ve already made the spelt scones with dates and my (almost 5 year old) daughter loved them so much. I love your creative ideas (like making a crumble/crouton of rye bread, amongst others) and looking forward to cooking more from your book. Congratulations!!